Back in August under COVID-19 early lock down rules we decided to try and get a few local S2KUK Honda S2000 owners to do a meet-and-greet a bit like the cars and coffee meets which are so popular in USA. Most of our usual car shows had been either postponed or cancelled completely by this time.

We’ve estimated that there are likely 30+ club members in and around the West Yorkshire area and our club secretary invited those members to contact me (under GDPR rules I was not able to contact them directly without there expressed permission) to see if they would like to do a meet.

Of those 30+ emails sent out approx 8 responded that they were able to attend on the bank holiday. So arrangements were made and details of a very informal meet-and-greet in a local supermarket car park (popular with other car clubs as its a huge car park some distance away from the supermarket) was sent out. Under COVID-19 rules in West Yorkshire at the time, we were able to meet outside in groups of up to 6, keeping to social distancing rules. I wasn’t expecting all that responded to turn up so thought 6 would be fine. 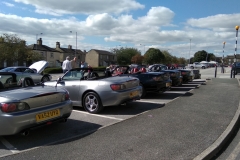 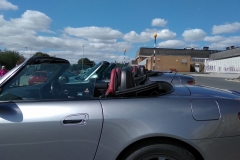 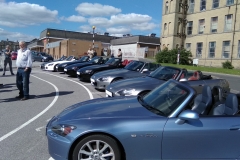 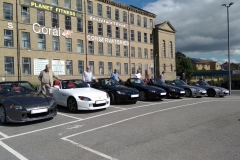 On the day, members who had seen my email but had not directly responded decided to turn up so eventually we had 8+ cars. We even had a GT100 edition turn up thanks to Phil. What a beauty!! All in all, it was a great inaugural meet and we will be definitely doing more local ones in 2021.

The weather was excellent that day, and we started to attract interest from shopper’s and car enthusiasts just driving by. So after just a couple of hours we decided to call it a day and agreed that we should do this again under less strict rules. There clearly is enough interest in arranging these.

As well as these local West Yorkshire S2KUK meets, we have SCITP 2021 at Newby Hall in the spring. It would be great to see all 30+ members of S2KUK at Newby Hall and have a really good club presence. There will also be monthly meets at the Royalty pub in Otley once they start again. This is a classic car meet, and we have had 3 S2000’s attend before. There is always a lot of interest from other petrol heads at these meets.

We review parts which commonly fail or need replacing on your Honda S2000. We will try help you find suitable aftermarket alternatives when the OEM part is no longer available.